Antonov in the sky at about 16.00. We ran as always to the first dry river bed. As every day I filmed mothers who forgot to take their children, men looking intensly in the sky ... Machine went and then returned. We hear typical sssshhhhhhh ... and then booommm, booommm ....

So close we knew immidiately that they targeted our compound.

Seven bombs, seven injured, some kids, some men, I do not know exactly ... and one woman ... pregnant woman ... in nine months of pregnancy ... killed.

About hundred meters from the kitchen where I was writting, happy that this will be the first day without bombs.

They call me to see and film parts of human flesh hanging on the tree. Boys collecting pieces of brain, intestines, hair, skin into plastic bag. Then carrying up the hill from where the great cry is still echoing.

Women of all ages cry, scream, throw themselves on floor. I want to enter closed door, but the men do not allow. The husband takes me by hand, pushes the women gently away and pulls me inside humble hut. There she was, wrapped in white cotton, sunk in blood. With no head, just some wonderfully knitten Tira style haircut ...

Everybody wants to speak to camera. I can't rush to write a report.

"See? Now you know! Will you tell to the world?"

"NCP are saying there is no war in South Kordofan. See - this is continuation of campaign from the first war. Their plan is to exterminate us. Will international community do something... ?"

It was half an hour ago since I came back to computer and modem. Now from all sides teams are coming with pictures and footage from today's attacks. We do not know how many were killed. I have to stop to prepare stuff to send you now.

We need more modems, more laptops, more cameras, more trained people ... We need your cooperation! It doesn't matter who and where you are. We need to wake up everyone of still sensitive people all over, that this most innocent people, known to be the most gentle, honest kind on planet ... are facing genocide again. Come on champions of human rights, join together against the criminal gang supported by oil hunters from east, west, north and south... Without you all knowing what is happening here, the most primitive agression will win. Support Nuba with cameras and satelite internet portable modems - so you will see what the evil forces are trying to hide. Come on people, it is the year 2011 ... and we are all on test ... 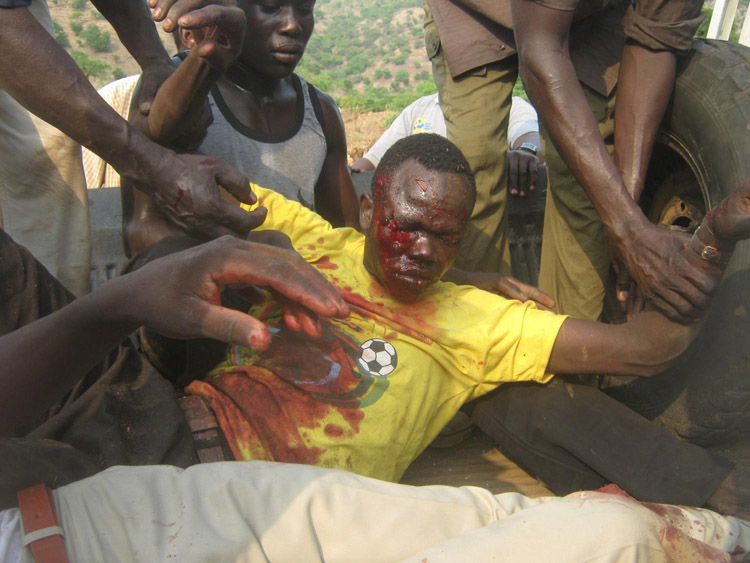