There is a strong feeling, that Nuba are facing same siege as described so sistematically in Alex de Waal book »Facing genocid«. Goods are not coming in the mountains from the North and there is no supply from the South. Air supply after last bombardments is too dangerous to most of NGOs helping Nuba before. They evacuated their staff. Two weeks ago war started. South betreyed Nuba, everybody is saing that, so Nuba can not excpect to be supplied from South even so little as they were in the last war.

H. who worked before for A.H. (now in Addis Ababa - where you probably find out negotiations are over!!!!) is saying: »We have what we have now - when we will run out of petrol, food … then we do not know … «

Rain is late this year. Sorghum shuld be half meter high, but seeds did not even spraut yet. I visited Kujur yesterday and found people just started putting seeds in the ground. Antonovs are very very feared everywhere. Because of this fear there will be less harvest, and less food. Everywhere I saw men with guns. The difference from 1985 – 2006 is that boys are now in the uniforms and have better guns and they look better trained and organised. I photographed them also in the cars. Klemen will send you photos. No NGOs are working now in Nuba.

Nine outspoken articulated men and women came yesterday from Kadugli, shaken, emotional, stressed. I filmed most frustrating interviews about hunt on Nuba intelectuals there, killings in front of UN compound and total ignorance of Egiptian UN soldiers. Some of known Nuba activist was even taken from the inside of UN compound, given by Egiptians and killed in front of their eyes …

There is strong presence of a feeling that life is worth living and fighting for over here.

I am going to film more woman and children and elders in the caves up in the mountans. I think the most stricking simbols of this new war in Nuba Mountains are this deadly scared innocent people in caves. GOS Antonovs and migs are more sufficient this time – it looks people instinctivly follow protection from the death coming from the sky – running into the womb of mother Earth.

I am quite sure Nuba - the most beautiful people with most beautiful culture on the planet admired by all of us priviliged to meet them - will not survive this time without sensitivity of the international community. 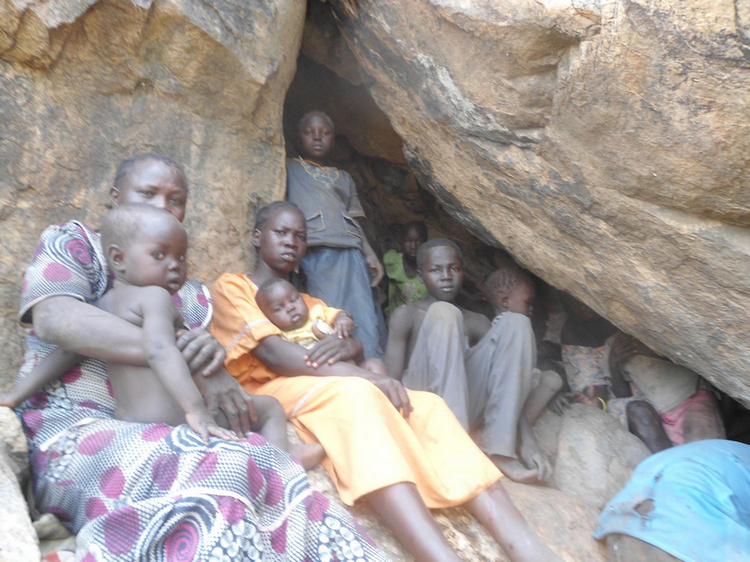